ROSEVILLE, Calif., March 12, 2019 (Newswire.com) - Naake-Klauer Motorsports, a well-known race team known for helping young racers learn to win on and off the track, is expanding its offerings in the 2019 racing season. They have restarted their NASCAR K&N Pro team and expanded their K&N inventory with the purchase of cars from DGR-Crosley, in a transaction that will also provide technical support and consulting. Naake – Klauer Motorsports is now able to offer a ladder of progression that begins with Jr late models and advances to pro late models, SRL Southwest Tour super late models, the all-new California Challenge Cup series, and NASCAR K&N Pro series.

Team Co-Owner Mike Naake explained the benefits this new program offers to an incoming racer. “We can now offer a young driver a way to progress from Jr. Late Models to NASCAR K&N Pro Series competition all under one roof by utilizing a combination of Pro-Late Models, Super Late Models, and the newly created California Challenge Cup Series to build their skillset. This lets them have the same group of mentors, coaches and crew chiefs around them through that entire process, so they can focus on learning each new car and track and not have to worry about building chemistry with different teams at each step along the way.”

Naake-Klauer fielded cars in Madera Speedway’s Jr. Late Model division the past two years for up and coming California racer Jesse Love. Love won back to back championships in 2017 and 2018 for the team, garnering nine victories in the process, including three consecutive wins in 2017, a division record. The 14-year-old is now a Toyota Racing Development Driver and will continue to drive for Naake-Klauer in the SRL Southwest Tour super late model division and some K&N Pro Series test time in 2019.

Asked what racing for Naake-Klauer Motorsports has done for him, Love was quick to respond. “Mike and the whole Naake-Klauer team have taught me literally every single thing I know about stock car racing,” he stated. “Without them, I wouldn’t even know how to start the thing. The whole team they have is one of the best I’ve ever seen in my life. Not only are they supportive but they are always professional. Everyone on the team has a job and they do it 100 percent all the time. Mike is always there for not only me but everyone on the team and he knows how to get the most out of his drivers. Mike is tough on me but he’s fair and that’s what you need when you’re learning. He’s the reason why I love late model racing so much. I’m really looking forward to racing with them again this year.”

Naake’s partner Tom Klauer, a businessman, and a part-time racer explains why the “all-in-one” approach that the team is taking is a necessary one. “It is a time savings. A young racer doesn’t have a lot of time to waste. It saves time on gelling with new teammates and it saves money because they don’t have to go through a month or two in a new car with new people when they go to the next step. The momentum they carry over from the last step just keeps building. It’s like adding two or three months of progress to the program instead of interrupting forward progress while the driver gets on the same page with a new team.”

The team retains drivers Jesse Love (SRL Southwest Tour), Joey Lest and Jake Bollman (Jr. Late Models at Madera Speedway) and Toni Breidinger, who will be in her first full season with the team racing a combination of pro late models, super late models and doing some K&N testing. Veteran racer Bobby Hodges will also make his return to full-time competition with the team, racing in the SRL Southwest Tour as a teammate and coach for Love, who will be a rookie in the series this season. 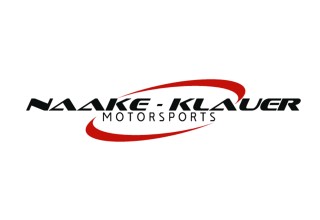 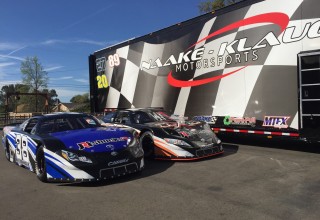 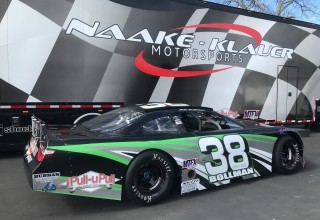