Burton, 17, won the series title last season, finished second in the season opener at New Smyrna Speedway in Florida in February and is coming off a third-place finish in his 2018 ARCA Series debut for the team in Nashville last weekend.  He won the series race at Bristol last year and is ready to do it again this weekend.

“Bristol is one of my favorite tracks to go to every year,” Burton said with a smile. “We’ve had a lot of success there from the first race we ran. I cannot wait to get back there and do all we can to defend our win from last year. I always enjoy racing with Shane (Huffman) and everyone at MDM Motorsports. I’ve learned so much from them and I know we’re all looking forward to the weekend.”

Huffman, the crew chief of Burton’s Dex Imaging, Safelite Auto Glass, Mobil 1 No. 12 Toyota, is equally pumped about the upcoming race. “It’s been a strong start to our year. With a little luck and timing, we could have easily had two or three wins already. We’re just going to keep doing what we’ve been doing. Harrison is really good at Bristol so we’re going for the win on Saturday.”

Alfredo, 19, will be behind the wheel of the Ceco Building Systems, Mechanic Shop, JDRF No. 40 Toyota for his second series start. He ran in the top five for much of the opening race at New Smyrna and has previous Bristol experience.

“I raced there last year with the CARS Late Model Tour,” nodded Alfredo. “I can’t wait to get back and get on the track with the K&N car. This long break between races in this series has been a killer for me so I’m definitely ready to get back behind the wheel and go after a win this weekend.”

Calling the shots for Alfredo will be veteran crew chief Robert Huffman. “We’re going there to win the race,” he stated. “We want to unload fast, qualify fast and race up front. If we do those things, we will give ourselves the best chance to bring home the hardware on Saturday.”

New to the team for this race, but not new to the series, is driver Tyler Dippel in the Tycar Trenchless Technologies, D&A Concrete No. 41 Toyota. The 18-year-old Walkill, N.Y. racer joins MDM Motorsports for the first time with an impressive resume. He finished second in Pro All Star Series National points and third in their southern tour points standings in 2014, was the rookie of the year with the Super Dirt Car Series in 2015, and he finished third in NASCAR K&N Pro Series East points in 2016 with one victory that year as well.

“I’m really looking forward to racing with MDM Motorsports this weekend,” said Dippel. “They always bring fast cars to the track no matter which track or what series they’re racing in. I really want to win, and I feel like I’m in the best position to do that this weekend at Bristol.”

Taking care of the crew chief duties for Dippel will be Jeff Stankiewicz, and he knows his driver is capable of running for the checkered flag. “I’ve heard a lot of good things about Tyler,” he confirmed. “We’re going for broke at Bristol. I want to win, and I know he does, too. We know he’s capable of winning. The key will be execution, and that starts with being prepared from the shop.” 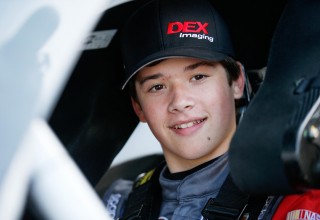 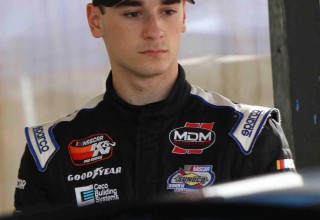 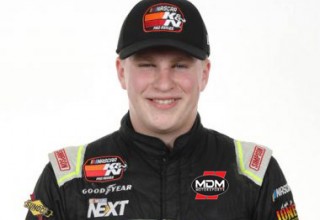