NACHES, Wash., August 14, 2019 (Newswire.com) - Jefferson Pitts Racing (JPR) principal owners Jeff Jefferson and Jerry Pitts have announced that they will form two separate organizations, with Pitts relocating to Pahrump, Nevada and Jefferson remaining in Naches, Washington. Each will concentrate on different disciplines of motorsports while providing the same top-notch preparation and performance programs that they have built their reputation on together.

Pitts will form JP Racing, an organization designed to focus on a Jr. Late Model Development programs, with opportunities at Madera Speedway in California and the Bullring at Las Vegas Motor Speedway in Nevada.  He will also field cars in Pro Late Models, California Challenge Cup Series and the NASCAR K&N Pro Series.

Jefferson’s new organization will be Jefferson Racing. He and his team will continue to focus on providing top-notch Super Late Models and Spears Southwest Tour Series (SRL) opportunities on the West Coast and will also run full-time in the NASCAR K&N Pro Series as well. Jefferson will also continue to provide race parts, race car set-up and consultations through Jefferson Race Cars.

The split comes not as a result of any type of differences or animosity between the two partners. It is a business decision made for the purpose of logistics, allowing the programs that Pitts will be overseeing in California and Nevada to be generated from a more central location, while Jefferson remains central to his Northwestern roots. 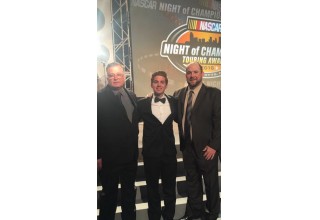