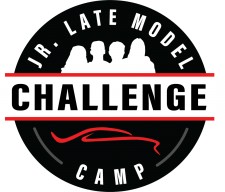 MADERA, Calif., September 5, 2019 (Newswire.com) - Thirteen-year-old Mobile, Alabama racer Grant Thompson was announced as the grand prize winner of the 1st Annual Jr. Late Model Challenge Camp for aspiring young racers aged 11 through 15, held recently at Madera Speedway in Madera, California. The winner was announced via a special reveal video on the camp’s website. Thompson was awarded the opportunity to compete in the 51FIFTY Jr. Late Model race at Madera on the track’s championship night on Saturday, October 5, in a fully funded ride prepared by Naake-Klauer Motorsports.

Twelve finalists and three alternates from as far away as England spent two days at Madera getting seat time and training in a 51FIFTY Jr. Late Model under the guidance of the Naake-Klauer team and several other top motorsports insiders. The aspiring young racers also participated in workshops covering a variety of on and off-track topics.

The camp was the result of the combined efforts of Madera Speedway, Race Face Brand Development and Naake-Klauer Motorsports, as well as main sponsors I Pull-You Pull, JM Environmental Inc. and the West Coast Stock Car Hall of Fame. A panel of industry expert judges awarded the opportunity to Thompson, who competes throughout the Southeast in the Southern Pro-Am Truck Series.

The youngster was overcome by emotions when he watched the video announcement, which ended with a tarp being removed from the car the winner will drive to reveal the winning name above the driver’s door. “We were at a high school football game on the night they announced the winner. We went inside the school to watch, but the video was buffering and wouldn’t play well on our phones. Fortunately, we saw the principal going into her office and she was kind enough to allow us to use her desktop computer to watch it.  When I saw that it was my name on the car the winner would drive in the race, I was shocked and so happy. I didn’t know how to react. I ran to my father, and we shared a long hug. Both of us were crying. I cannot thank everyone who had even a small role in putting the camp together and giving all of us drivers the chance to learn so much and meet new lifelong friends. It was an amazing experience. I’m definitely looking forward to racing in October at Madera and learning even more.”

John Thompson, Grant’s father, was equally amazed at both the experience and the chosen winner. “The experience at the challenge camp was way beyond anything I have ever been involved with," he said. “In fact, it was a couple of days after we returned home before it all really sank in. I have to say this challenge camp restored hope for me as a parent of a driver who may reach the highest level of racing based on talent and the willingness to be dedicated to a team and a marketing partner who is willing to invest their time and effort on talent. For the first time in any competition, I would have truly been happy and supportive of whoever won. When they pulled the tarp off the car to reveal the winner’s name and I saw it was Grant’s, we were both overcome by emotion. I am truly grateful for this unbelievable opportunity for my son.”

The camp was filmed for a future MAV-TV broadcast in November. The Championship night race action will also be filmed for broadcast on MAV-TV.

Naake-Klauer Motorsports co-owner Mike Naake said he is excited to work with Thompson under race conditions. "I had the opportunity to work with 15 different drivers in two days. I am amazed at the talent of these young racers. It makes me really excited to play a role in the future of our sport, and I look forward to having Grant in my car on October 5.”

Madera Speedway Owner Kenny Shepherd added,  “We have directed our passion for the sport towards the youth with our Jr. Late Model program, and with each step we take, we seek to provide more opportunities for our young drivers. I feel we are helping the sport get stronger and building the future of racing. The Jr. Late Model Challenge Camp was a big success. It will be fun to watch Grant have his opportunity to compete at our track on the fifth of October. I can’t wait to see where we go with the 2.0 version of the camp in 2020.”

Rod Wortham, Founder and CEO of Race Face Brand Development and a co-organizer of the camp, paid respect to everyone who was involved. "The camp was a huge success and it was a pleasure to work with so many great kids. I am so proud of Grant Thompson for winning. It was so close between the top five, and it was a hard decision. I want to thank everyone who worked so hard for the last couple of months to put this camp together, and I want to congratulate all the drivers and parents who participated. You are all winners!" 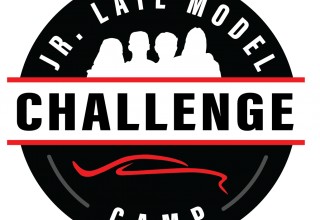 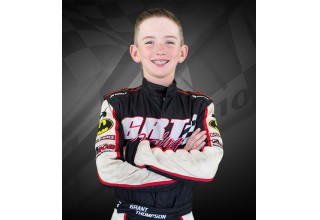