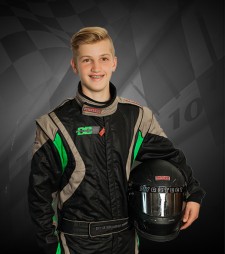 NACHES, Wash., March 20, 2019 (Newswire.com) - Jefferson Pitts Racing will team up with Washington-area racer Bryce Bezanson to compete in the super late model class at Evergreen Speedway in Monroe, Washington this season. Bezanson, 16, of Snohomish, Washington will be transitioning out of the micro sprints into the full-size NASCAR late model stock cars under the tutelage of team co-owners Jeff Jefferson and Jerry Pitts as he makes that step up the racing ladder. He practiced one of the team’s cars last fall, and Jefferson was impressed with the youngster’s potential.

“Bryce listened well and was able to show some pretty good speed when we tested him,” Jefferson recalled. “Every young racer is different, in that they all have their own unique personalities and backgrounds. Coming from an open-wheel car to a stock car is quite an adjustment. He has the potential. We’ll help him to learn what it takes to be consistent and smooth. We are looking forward to working with Bryce this year at Evergreen.”

Bezanson echoes the enthusiasm for 2019. “This is the biggest opportunity I’ve ever had,” the articulate youngster said. “It’s the first time I’ve ever raced anything but an open wheel car. I know I’m going to learn a lot, not just about driving the car, but also how it works. When I tested for JPR in the fall, we worked on me learning to drive with the pedals and not with the wheels. We talked a lot about conserving tires and just being consistent. I’ve never been this excited going into a racing season. My goals for the season are just to finish and improve each week. If I can do that, then I know it won’t be long before I’m racing for wins.”

Jefferson Pitts Racing (JPR) was formed in early 2015 after owners Jeff Jefferson and Jerry Pitts purchased assets from Gene Price Motorsports, where they combined for four series championships as crew chiefs.  JPR has operated two full-time teams in the NASCAR K&N Pro Series West since their formation and has had tremendous success with drivers including Noah Gragson and Will Rodgers, who have built upon what they’ve learned in their climb up the motorsports ladder into national series competition. 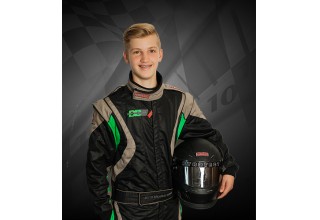 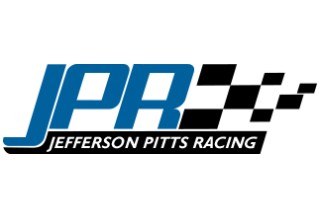