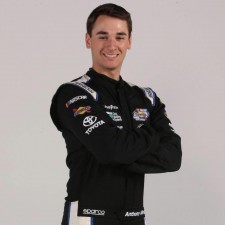 MOORESVILLE, N.C., February 19, 2019 (Newswire.com) - ​For Ridgefield, Connecticut native Anthony Alfredo, Feb. 23, 2019, will be forever remembered as the culmination of a dream. That date is when the NASCAR Gander Outdoors Truck Series takes to the track at Atlanta Motor Speedway for the Atlanta 200.  Alfredo will make his first start in a NASCAR national series competition, racing a Toyota for top tier team DGR-Crosley.

The 19-year-old UNC-Charlotte student is stepping up the ladder after a year of competition in the NASCAR K&N Pro Series and the ARCA Racing Series, where he won one K&N Pro Series East race and showed plenty of speed throughout the season in both series. He has already tested with his new team at Atlanta and says he felt more comfortable in his first outing than he expected, giving him confidence going into his first race. “I think my team was a little bit surprised at my performance in the test,” he said. “And I think I surprised myself a little bit. It went well. Obviously, those were single-car runs, and I know that I am going to have a lot to learn about how the truck handles racing around other trucks, but we definitely felt satisfied with the progress we made at the test.”

Alfredo plans to compete in 13 of the 23 scheduled NASCAR Gander Outdoors Truck Series races this season, with more starts possible if the funding can be put in place. Details of his schedule will be released shortly. “I’d love to be running a full season,” he explained. “But I’m just so thankful that we get to do over half of the schedule. It’s every young racer’s dream to compete in one of NASCAR’s national series, and I’m grateful to everyone who has helped and is helping me to be able to do that this year. We plan to use these 13 races to learn and show what we can do so that hopefully, we can get more sponsorship for this year or at least be able to put the ingredients in place to run a full season in 2020.”

His past racing exploits show that he is a quick learner. He won the Southeast Limited Late Model Series championship in his first full year of late model racing. He won in the NASCAR K&N Pro Series East in his first year in a full-size stock car. He showed top five-speed in the ARCA Series in his limited number of starts there last year and he’s proven to be adaptable on tracks from tight 1/4-mile ovals to the larger, faster 1.5-mile speedways that ARCA and NASCAR race on.

Asked to step back a bit and talk about growing up in his hometown of Ridgefield, Connecticut, Alfredo smiled as he began to reflect. “I attended Scotland Elementary school growing up and East Ridge Middle School and studied religious education at St. Mary’s Church in Ridgefield. I only attended Ridgefield High School for a year as my racing career in legend cars to limited late models began and the heavy travel schedule to North Carolina forced me to miss so much school that I had to enroll in online High School with The Keystone School. I played lacrosse, football, and house basketball through elementary school and some in middle school, before making the transition to lacrosse year-round where I played in high school as a long stick midfielder for the freshman team. I had so much fun. I was always athletic. I took a break from racing at one point to focus on other sports. But eventually, it called me back. I am glad I made the decision to try it again because, with the help and support of my family and a lot of other amazing people, I am about to start a career in NASCAR. How unbelievable is that?”

Now, before his 20th birthday, he will have his chance to race against veterans like his team owner David Gilliland, multi-time champion Matt Crafton, former NASCAR Cup Series champion Kyle Busch and some of the most talented and proven young racers in NASCAR this season, beginning at Atlanta Motor Speedway. The Atlanta 200 is scheduled to start at 4:30 p.m. Eastern time on Saturday, Feb. 23. The race will be televised live on Fox Sports 1.

AFA Motorsports and driver Anthony Alfredo have joined forces with the Friends of Jaclyn Foundation for the 2019 racing season to raise awareness through our unique racing sponsorship program. Our mission is to improve the quality of life for children battling pediatric brain tumors and other childhood cancers. Our program starts by adopting a child and making them an honorary pit crew member, but it’s not just for one race, it’s for as long as the child and family are in need of support and beyond. Our marketing partners have made a commitment to help us spread the word of encouragement throughout the racing community by showing support to children and families battling cancer. For more information visit https://anthonyalfredo.com/sponsors. 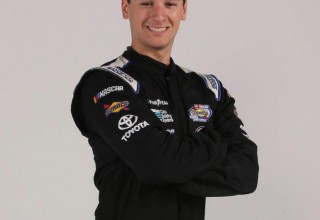 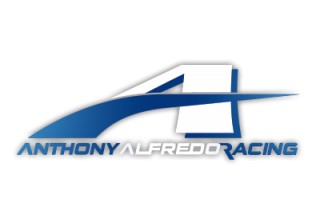 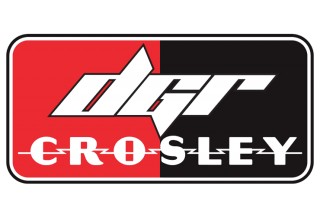