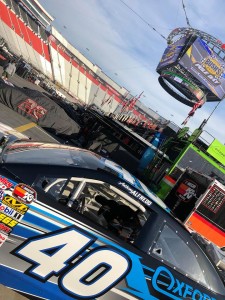 Bristol, TN, April 17, 2018 (Newswire.com) -  19 year old Ridgefield, Connecticut’s Anthony Alfredo, making only his second start in the NASCAR K&N Pro Series East was running seventh with only 15 laps to go in Saturday’s Zombie Auto 150 at Bristol Motor Speedway in Bristol, Tennessee when he was hit by another competitor, forcing him into the wall hard and out of the race settling for an 18th place finish with his Ceco Building Systems, Oxford Energy Group, Meccanic No. 40 MDM Motorsports Toyota.

Alfredo started shotgun after a brush with the wall in qualifying, but it didn’t take long for his MDM Motorsports team to rebound working their way into the top ten in the first 30 laps in a race that saw three red flags coupled with 10 cautions. Alfredo under the guidance of his Robert Huffman-led team used a different strategy than many of his competitors to put him in position to be in the top five at the end of the race.

“It's disappointing to get that close to the end and have it end up like that,” said Alfredo.  “We were having a strong run all-around coming from the back, and we used some strategy trying to get up into the top three at the end by taking tires at the second break instead of the first.  We just got run into after a restart and ended up in the wall.  I cannot thank my crew chief Robert Huffman and this team enough for all their work this weekend.  We’ll regroup, go to Langley and go for a win there.”

“This year is all about development, getting familiar to the heavier cars, radial tires and getting experience at tracks that will serve him in the future,” said Lorin Ranier of Ranier Racing Development. Ranier who has been in the sport of NASCAR his entire life, has developed a reputation as one of the best driver development experts in the business. “Anthony is one of those rare drivers that has the skills, desire and work ethic that it takes to make it in our sport,”

Huffman was pleased with the team’s resilience. “I think we had a top five car.  Anthony and the guys did a terrific job rebounding from the incident in qualifying.  They never gave up.  Restarts are tough at the end of these things and sometimes you just get the raw end of it.  On to Langley.”

Keep up to date on Anthony Alfredo’s racing career… 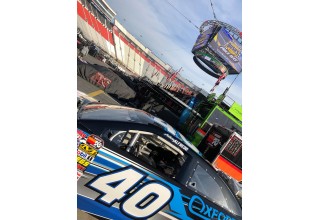 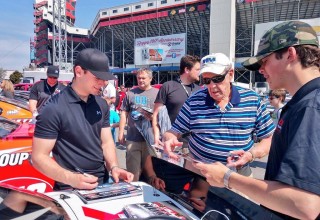