BRASELTON, Ga., April 3, 2019 (Newswire.com) - Sam Mayer, a 15-year-old Wisconsin racer, made his debut in the No. 96 M1 Race Cars/Team SLR/Fields Racing entry in last Sunday’s Trans-Am Series by Pirelli race at Road Atlanta and turned a lot of heads in his initial run before motor issues slowed him to a 24th place finish.

Mayer, a part of the Team Chevy Driver’s Edge Development program who is racing full-time in the NASCAR K&N Pro Series for GMS Racing this season along with select starts in the ARCA Menards Series and NASCAR Gander Outdoors Truck Series, was competing for the first time in a Trans-Am car on the challenging 2.54 mile course in a 100-mile, 40-lap event.

Team Owner Scott Lagasse, Sr. was among those impressed by Sam’s performance over the weekend. He and his son Scott, Jr. were among those who were fielding the entry and providing coaching for the youngster. “Sam impressed me from the first lap to the last lap this weekend,” the senior Lagasse said. “He did his homework before arriving at the track and within just a few laps his technique was pretty solid. Sam understands where the car needs to be on the race track and was hitting his marks consistently with a little bit of coaching.”

Mayer was top ten in practice speeds and qualified 12th for the event. The team was upbeat going into the race, but after the first ten laps, an engine misfire caused Mayer’s overall speed to slow. Mayer pitted several times under yellow flags for adjustments, which allowed his lap times to improve temporarily, but unfortunately, the problem was recurring throughout the race and he brought the car home 24th.

“Sam’s result doesn’t show the talent he has,” Lagasse said. “He sat in the car for the first time on Thursday and immediately ran consistently strong laps on a track he’d never been to. The team provided Sam a fast car, and I hate that we had issues because he deserved a top ten finish. Sam has a bright future ahead of him, and we may see him back in Trans-Am later this season if we can find a gap in his racing schedule that allows us to do that.” 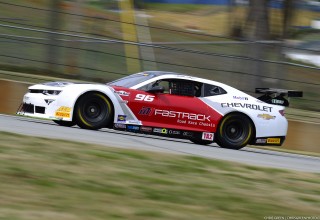 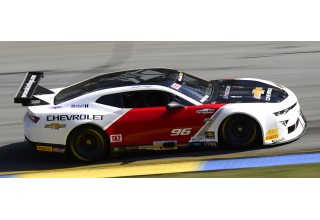 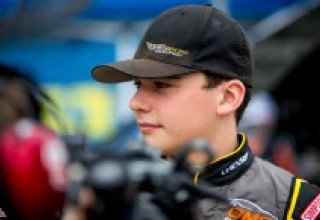